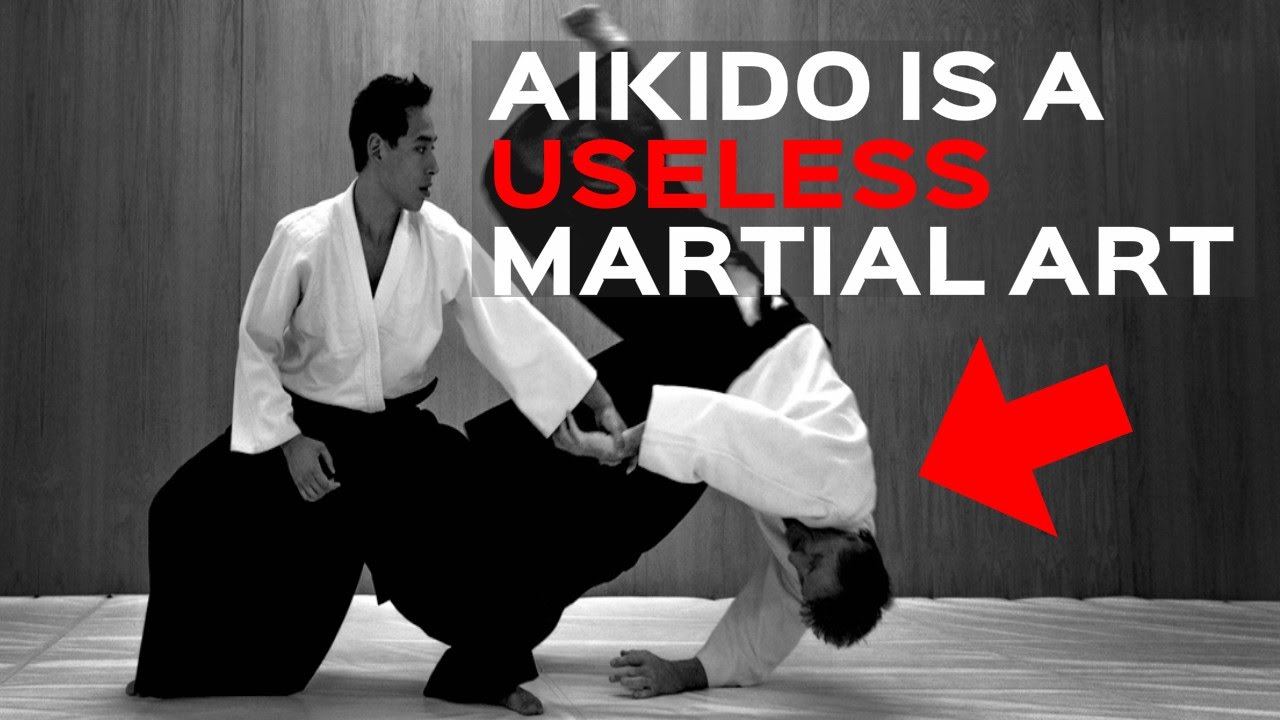 Aikido, a surprise entry for number 3? It shouldn't be. The reason it is here is because of one of the most overly stated bullshit lines in Martial Arts...
"use your opponents force against them"

The main "Multiple Attacker" drill they use in Aikido is flawed. As it´s not a multiple attacker, it´s more like multiple partner. In it, one practitioner is chased around the mats by others and they have to perform techniques against them all. Having been there, I can say that the moment a chasing partner tries with resistance or adding a little extra surprise or improvises during a technique, they get corrected and told to cooperate... having a realistic mindset, I questioned this to the instructor and was met with blind stubbornness and even told that real attackers wouldn't do what I had just done... "what? resist?"

I have seen 2 Aikido instructors collapse under pressure when challenged and real force was applied. If it doesn't work under pressure, then it will not work in real life. Of course, the Aikido instructor or dedicated practitioner will disagree, few people want to face the truth after dedicating years to study... so I urge them to seek out an opportunity to test their skills, try it in a Krav Maga club for example.

I respect the style for the art form and the tradition of training. But not for the self defence.